What’s the Difference Between Blow Molding and Injection Molding?

Injection blow molding and plastic injection molding have an important role in the custom manufacturing of reusable and disposable plastic parts that are used worldwide in the research and biomedical fields, and in medical diagnostic laboratories. OEMs can produce a wide variety of specimen containers, bottles, vials, beakers and the like, sterile and non-sterile. Because applications vary, materials range from custom formulated polymers to polyethylene, polycarbonate, polypropylene, and thermoplastics. Nevertheless, whether the manufacturer utilizes blow molding or injection molding depends on the product. Each method of molding uses a different process and, as a result, there are several ways in which they differ.

The Origins of Blow Molding

Blow molding originated and evolved from the age-old art of glassblowing. A patent for extruding a celluloid polymer by blowing, or pushing, air into a mold was issued in the 1880s. Blow molding is an extrusion method where molten plastic is pushed through a two-dimensional die opening into a mold cavity, inflating it in the cavity with compressed air until the molten form gets its desired shape. The part is then cooled before removing from the mold. In blow molding, the finished products produce linear shapes and have two-dimensional forms which are continuous in length.

What is Injection Molding?

Injection molding is a process that evolved out of and is based on the molten die-casting method. First developed in the 1930s by melting plastic and injecting it into a predesigned mold, its advantages include a minimal loss of scrap and finishing requirements, and near 100% recycling. The injection-molding machine consists of two essentials: the actual injection unit and the clamping unit. Unlike extrusion, injection molding also forms three-dimensional shapes.

The most obvious differences in determining which method of molding will be used are related to the kind of product that will be manufactured. In general, blow molding is used to make singular, hollow products like bottles and beakers. Injection molding makes solid parts, like plates and discs, or is used to produce solid parts or pieces for plastic products.

Wall thickness of the product is also an important difference between the two methods. In blow molding, wall thickness varies depending on how much the plastic is stretched as it is blown. The wall thickness of a part made by injection molding is determined by the mold itself and the core relationship.

How the molds are made varies between the two, as well. In addition to making the mold, the type of plastic, the process temperature, velocity and pressure of the air blown and its speed are all key factors that have to be administered precisely in blow molding. Injection molding is all about the mold itself, approximately 90% of the process. Plastic resins are melted and injected with force into the mold to create the solid part or piece.

The processes of molding between the two methods are different, too. Blow molding machines consist of three major parts: the extruder, accumulator die and product molds that differ in shapes and sizes. Blow molded containers require a parison, i.e., a plastic tube being heated and filled with air. The parison is inserted into the blow molding machine and the mold is clamped around the tube until the parison is formed in the shape of the part. During the injection molding process, melted material is injected into a mold, which is held under intense pressure. Once the material has solidified, it is ejected and the mold is filled again.

BMP Medical is a quality manufacturer of plastic consumables and plastic products for research and medical diagnostic laboratories. Our products are manufactured to the highest quality standards. We offer a wide selection of products sold through the world’s premier laboratory distributors.

These precision molded centrifuge bottles are available in polycarbonate or polypropylene. For low speed applications the bottles provide excellent value for large volume/large batch centrifugation procedures. For high-speed work, the easy-to-use Noryl® (Noryl® is a registered trademark of General Electric Company) sealing caps with silicone O-rings enable leak-free processing at high centrifugal forces over long durations. Bottles must be filled to 80% of capacity. Centrifuge bottles may be autoclaved at 121ºC at 15 psi for 20 minutes. Caps should be placed on the bottles without engaging the threads. Bottles are qualified to the rated g-forces using Sorvall® (Sorvall® is a registered trademark of Kendro Laboratory Products) and Fiberlite® (Fiberlite® is a registered trademark of Piramoon Technologies Inc.) high-speed rotors, tested at 20ºC, with bottles filled to 80% of capacity. Failure to use the correct rotor cushion or adapter will shorten the life of the bottle and may prevent achievement of the maximum rated RCF and/or bottle failure. Prolonged autoclaving and reuse may cause stress cracks, crazing or bottle discoloration. 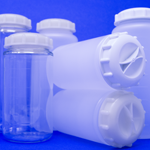 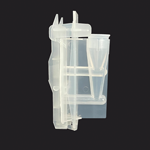 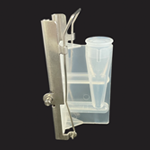 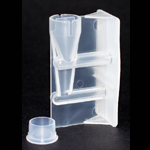 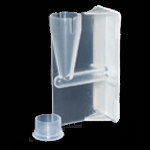 The Hemodrop is designed to reduce the risk of exposure to bloodborne pathogens in the Hematology laboratory. To prepare a manual differential smear, a drop of blood needs to be dispensed onto a glass slide from the specimen tube. Simply puncture the rubber stopper with the Hemodrop, and then invert and press gently onto the slide. A single drop of blood will be dispensed and the slide is ready. No more removing the stopper and manually putting a drop on the slide to test blood. 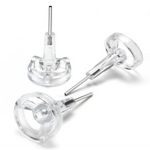 These high-quality non-graduated lab containers are designed for the collection, transport, and storage of specimens and samples. Tight fitting lids prevent leaks and odors. Ideal for storing biologically hazardous samples for terminal autoclaving before disposal. Molded from various materials. The stackable containers are resistant to freezing and boiling. 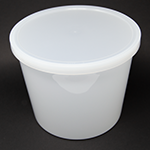 Resistant to most commonly used laboratory reagents, including a variety of strong acids, bases, and organic solvents, these high quality polypropylene beakers are the premier choice for scientific laboratory applications. All beakers are transparent for clear content visibility and graduated for easily estimating volumes. Molded-in pouring spouts, and a rolled lip, for a dripless working environment. Autoclavable to 121ºC ( 248ºF). 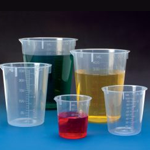 For specimen collection and transport, this system provides disposable products for the convenient collection, delivery, and testing of urine specimens. A plastic cup is provided for specimen collection and the pressure sensitive patient identification labels have ample writing space. The lightweight transport rack is small and easy to carry yet provides space for up to 20 tubes with labels and caps. The tubes are made of sturdy polystyrene and are safe for centrifuging. The flared top permits the use of a midget urinometer ensuring a tight cap fit. 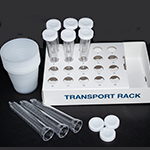 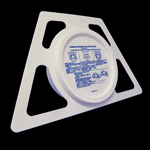 We offer two lines of tissue grinders for the clinical lab and research lab. The standard product is all plastic and is designed to grind softer tissues such as liver and spleen. The Ultra tissue grinder line has a vitrified tip and is designed for tougher material such as muscle or bone. Both lines are delivered sterile sealed Tyvek® (Tyvek® is a registered trademark of DuPont) package. 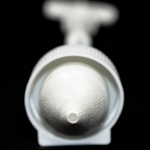 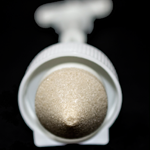 BMP Medical, a manufacturer of diagnostic products, has a full line of urinalysis disposables. We offer the components separately, or in various kit sizes and configurations. The line is built around our 10-chambered Decislide which is made out of optically clear acrylic. It can take 10 individual samples on the same slide eliminating the need for a new slide for each sample. 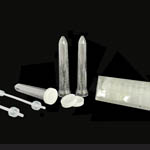